With just a little extra effort…

I found a block I liked in the Ladies Art Company Block Tool, Mosaic no. 18, which I decided to adapt to a technique I learned from Bonnie Hunter.  The units for the block are parallelograms that are easily made with a rectangle and two squares.  The squares get a diagonal line marked from point to point with a mechanical pencil and if the little extra effort is made to mark another line 3/8” from the first, you can sew both seams, cut down the middle of the two seams and have a bonus half square triangle.

The size of the quilt the Scrappy Spinner blocks will make netted me over 1000 bonus blocks that are 2” unfinished,  and can be used in another project. 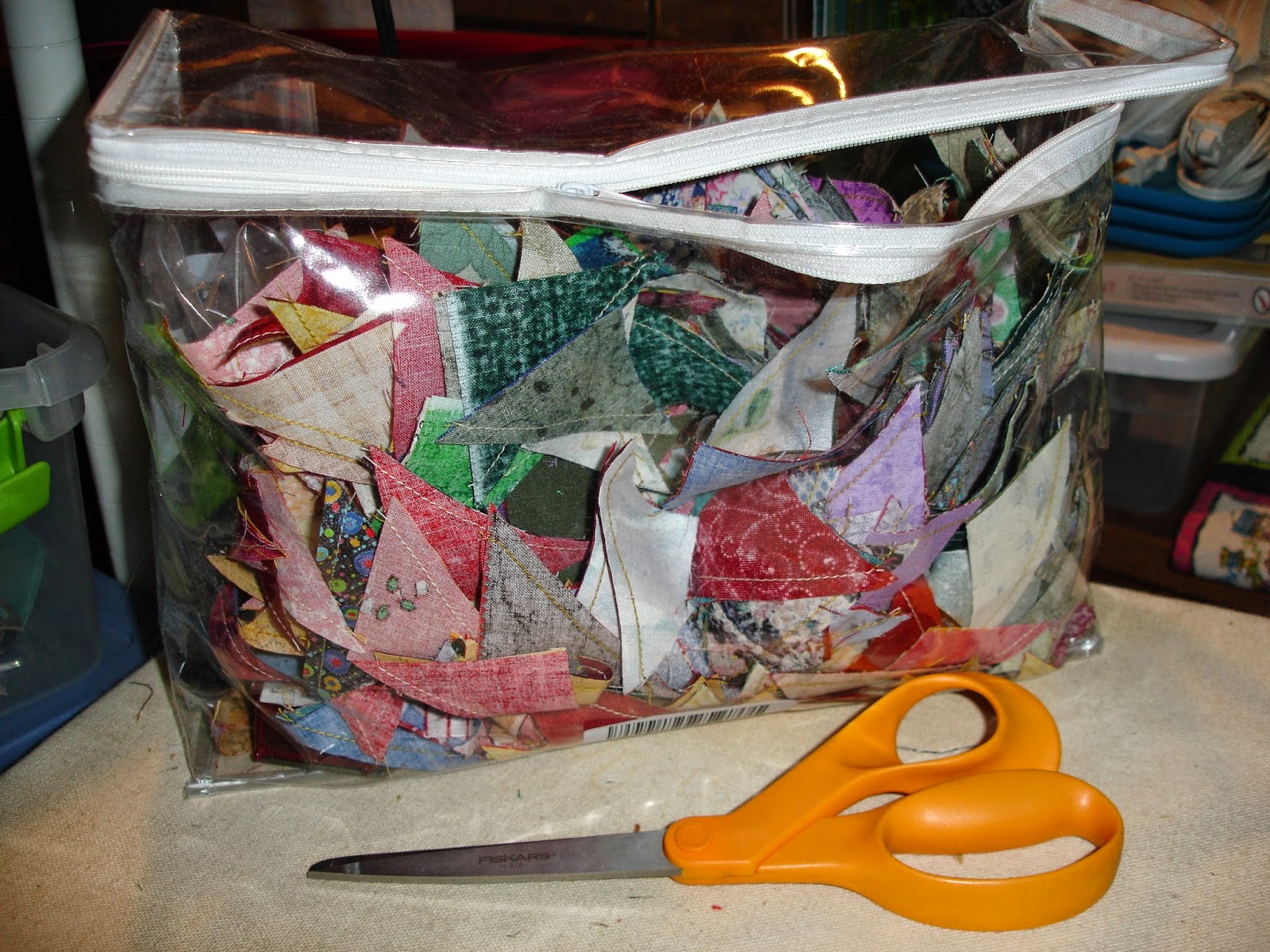 I knew from a class I took with Bonnie about adding the second line and the bonus blocks from that class, Pineapple Blossom, were used in the border of that quilt. What I didn’t realize was how useful the little bonus half square triangle could be because it combines well with a 2” piece of fabric. In my short sightedness, I have never really used a pattern that had 2” strips as the size to work with because I had 2 ½” strips available by the gazillions. 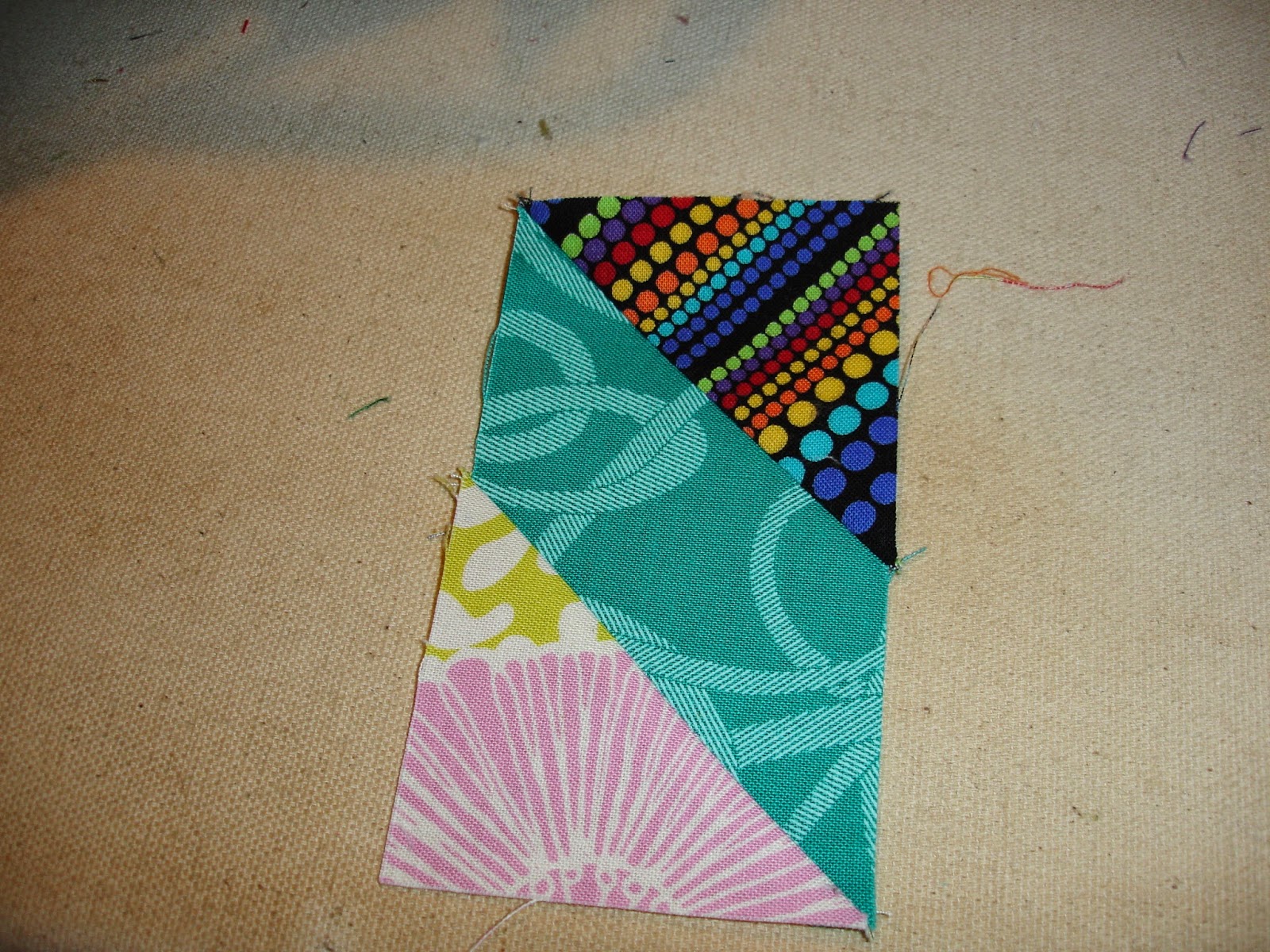 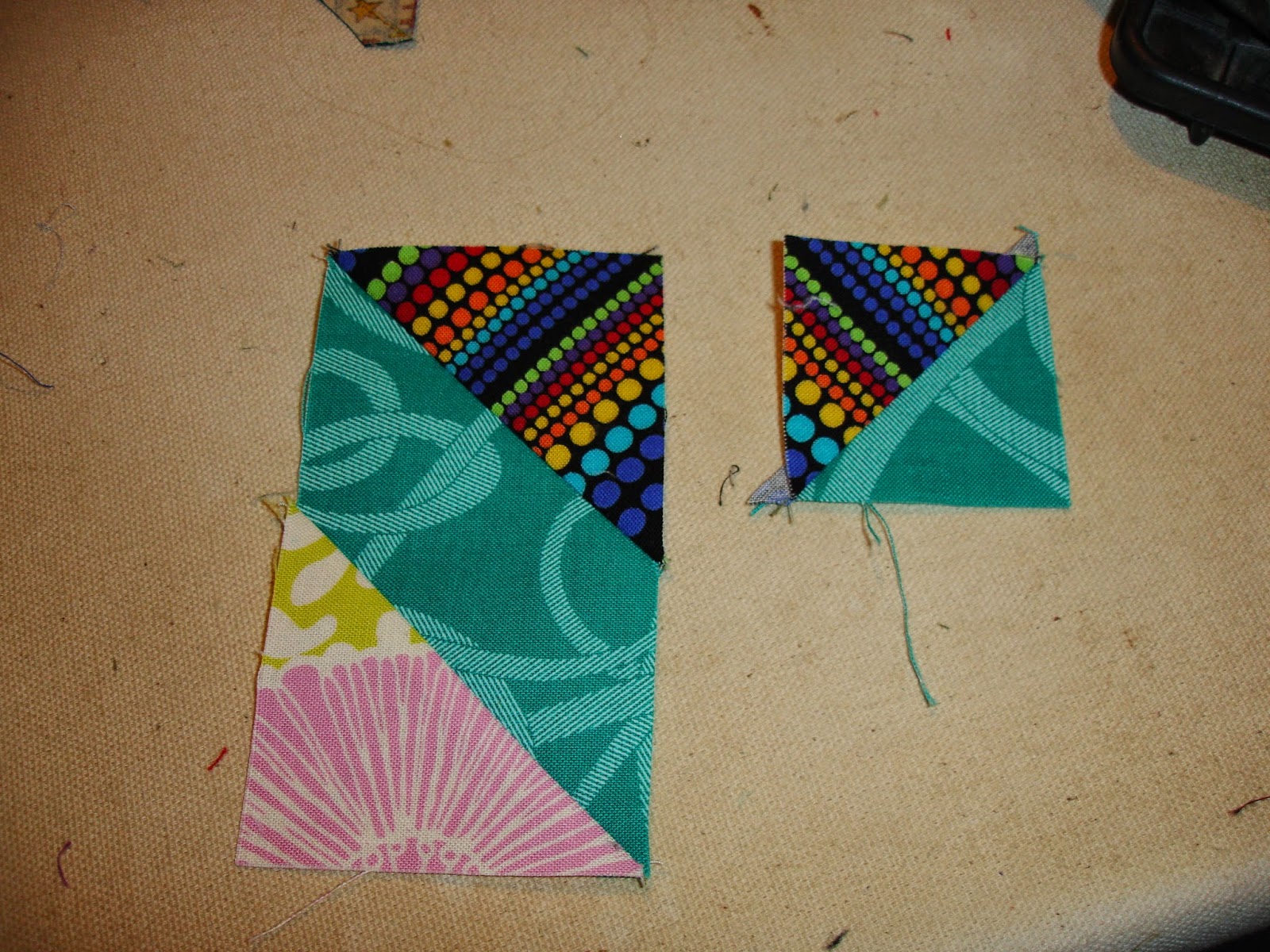 Recently I was gifted a box of scraps that when combined with the tub of scraps I already had waiting to be utilized became TWO tubs of scraps.  I promptly bought a Go Cutter and Laura has been working her way through the scraps, one color at a time, cutting them into useful things.  The most useful things at the moment are 2 ½” x 4 ½” rectangles and 2 ½” squares.  Emily has been cutting what won’t work on the two die sizes into strips that are 1 ½” or 2” or into squares of the same size.  All are getting sorted, stacked, organized and thought about.  Some are even getting used!

Because I was excited to start this project and the only two colors that had been cut up were the red and green, I decided I was making a red and green scrappy quilt.  The sample block I made looked pretty cool, but blah, so I made another sample and on one end of the red rectangles, I sewed yellow on the diagonal which as a block will become little yellow pinwheels set off by the red.  The green units will go beside the red units, but all other diagonal pieces were just random scrappy colors that were NOT red, green or yellow.

…all red and green units are ready for me to pair them, sew them into units that will then be made into blocks from 4 pairs of red and green units; 63 blocks in all.  I am still blown away by the number of bonus half square triangles.

Stay tuned!
Posted by Janice at 3:58 PM No comments: